The six-part AMC+ Original is based on Len Deighton’s best-selling novel and Stars Joe Cole as iconic British spy Harry Palmer; Premiering in the U.S. and Canada in Spring 2022 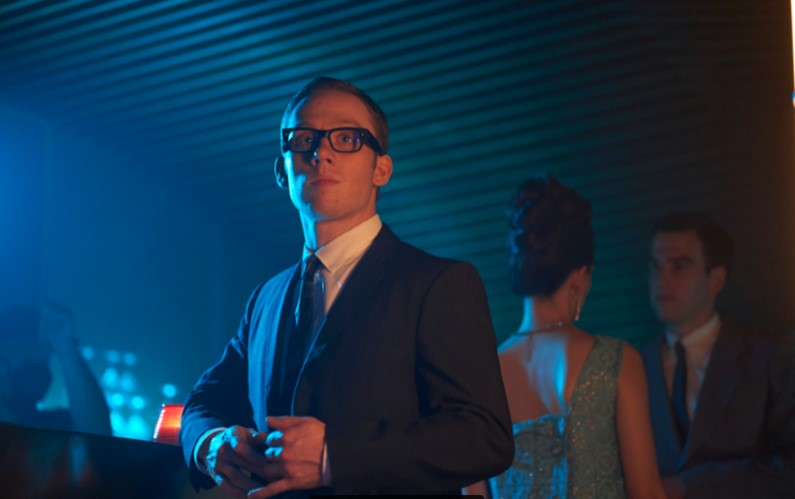 New York, NY; December 15, 2021 – AMC Networks’ premium streaming bundle AMC+ announces the acquisition of the six-part British espionage thriller The Ipcress File from ITV Studios. Based on the globally renowned Len Deighton novel and adapted by Oscar nominated and BAFTA award-winning screenwriter John Hodge (Trainspotting, T2 Trainspotting), the enthralling and atmospheric drama stars Joe Cole (Gangs of London, Peaky Blinders) as iconic British spy Harry Palmer alongside Lucy Boynton (Bohemian Rhapsody, Murder on the Orient Express) and BAFTA award winner Tom Hollander (The Night Manager, Birdbox). The twist-laden spy thriller offers a stylish and tense tale of abducted scientists, brainwashing, inter-departmental rivalry, treason, and a possibly unwise romance. Directed by Emmy winner James Watkins (McMafia, Black Mirror, The Woman In Black) and set in Berlin and London during the 1960’s, The Ipcress File will make its exclusive U.S. and Canadian premieres as an AMC+ Original in Spring 2022. It is produced by Altitude Television, in association with ITV Studios, which is the international distributor for the series.

It’s 1963. Cold war rages between West and East. Nuclear bombers are permanently airborne. In this highly charged atmosphere, we join Harry Palmer (Cole) – a British army sergeant on the make in Berlin. In this newly partitioned city, a sharp working-class young man with sophisticated tastes can make a lot of money. Wholesaler, retailer, fixer, smuggler, Harry’s varied interests bring him into contact with everything and everyone – until the law catches up and it all comes crashing to a halt.

Harry finds himself sentenced to eight years in a grim military jail in England, all his prospects abruptly torn away. But his impressive network and efficiency have not gone unnoticed, and a gentleman from British intelligence has a proposal. To avoid prison, Harry Palmer will become a spy. And the case on which he cuts his teeth will be The Ipcress File.

Harry’s links to the man suspected of kidnapping a missing British nuclear scientist result in him being conscripted for a dangerous undercover mission that takes him from the Beatles’ London to the Berlin Wall, from the back alleys of Beirut to the white hot sand of a Nuclear Atoll in the Pacific.

“Set in the fascinating world of Berlin in the 1960’s, The Ipcress File continues AMC’s legacy of curating captivating, critically acclaimed international thrillers from The Little Drummer Girl and McMafia to AMC+ exclusives Spy City and Kin,” said Courtney Thomasma, general manager for AMC+. “AMC+ is proud to partner with ITV Studios to bring John Hodge’s thrilling adaptation of the beloved spy novel to U.S. audiences. We are also excited to work with Joe Cole again, following the enormous popularity of Gangs of London, this time in his new spellbinding performance of the iconic, working-class British spy.”

Greg Johnson, Executive Vice-President, Distribution, Americas at ITV Studios, said: “With its stellar on and off-screen talent, rich characterisation and rollercoaster of twists and turns, there is no better home for The Ipcress File than AMC+, and I’m delighted that US and Canadian viewers will join audiences across the globe in enjoying the very cool spy Harry Palmer through this new adaptation.”

“We’re immensely proud of what we have created with The Ipcress File and alongside AMC+, we are very excited on the potential of the series.  We are thrilled that they will be bringing the daring exploits of Harry Palmer to American audiences next year,” commented Will Clarke, executive producer and CEO of Altitude Television.

The Ipcress File was Len Deighton’s first spy novel introducing the iconic British spy Harry Palmer and set against the backdrop of Cold War Europe. To date the novel has sold 10 million copies worldwide since it was first published in 1962.

The Ipcress File will be executive produced by Will Clarke (Filth) and Andy Mayson (Ghost Stories) for Altitude Television, Andrew Eaton (The Crown) for Turbine, Sandy Lieberson (Performance), James Watkins and Hilary and Steven Saltzman.  The series will be produced by Paul Ritchie (McMafia, Slumdog Millionaire). AMC Networks’ Kristin Jones, EVP of international programming, and Noel Manzano, VP of international programming, are overseeing the series for AMC+.

ITV Studios is a creator, producer and distributor of world-leading programmes that people can’t get enough of. We connect millions of people every day and shape and reflect the world they live in, we are More Than TV.

ITV Studios is home to some of the best creative minds, crafting over 8,400 hours of original programming across 60 production labels. Our global footprint spans 13 countries including the UK, US, Australia, France, Germany, The Nordics, Italy and the Netherlands and our global distribution business sells our catalogue of 46,000+ hours to broadcasters and platforms around the world.

ITV Studios proudly represents iconic scripted and non-scripted programming brands from producers within the ITV Studios group as well as selected independents. Titles include ITV’s highest rated drama launch since 2006, The Pembrokeshire Murders and Vigil and Line of Duty season six from World Productions; the epic founding of Rome drama Romulus from Cattleya, the second most-watched French drama Balthazar from Beaubourg Stories and Sky’s most rapidly binged returning comedy Brassic from Calamity Films. In the non-scripted space, as well as the globally renowned entertainment brands such as Love Island, The Voice and The Graham Norton Show, ITV Studios also boasts a portfolio of high-quality factual content such as Attenborough’s Journey from Atlantic Productions, Trump’s America from the two-time Emmy® award-winner Deeyah Khan and Fuuse Films, Arctic Ice Railroad from Windfall Films and the up-coming major natural history series A Year on Planet Earth from Plimsoll Productions.