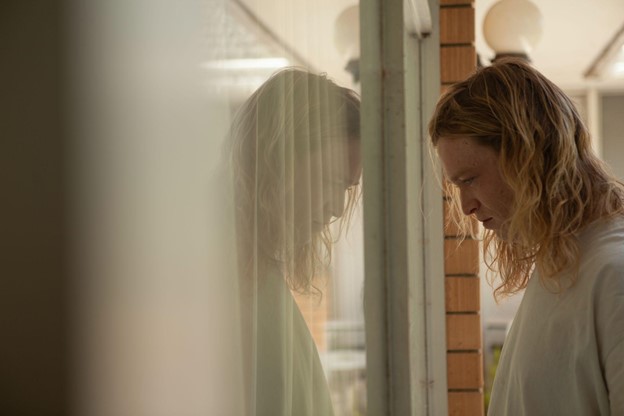 Nitram (Caleb Landry Jones) lives with his mother (Judy Davis) and father (Anthony LaPaglia) in suburban Australia in the Mid 1990s. He lives a life of isolation and frustration at never being able to fit in. That is until he unexpectedly finds a close friend in a reclusive heiress, Helen (Essie Davis). However, when that relationship meets a tragic end, and Nitram’s loneliness and anger grow, he begins a slow descent that leads to disaster.

Arianna Bocco, President of IFC Films, said, “IFC Films is proud to continue to be a home for Justin Kurzel’s fearless directorial vision, and with NITRAM, his exploration of one of the most impactful events in recent Australian history. Justin’s unique perspective of the time, paired with an award-winning performance from Caleb Landry Jones, is guaranteed to shake audiences to their core.”

Director Justin Kurzel added, ““Arianna and IFC Films have been like my American film family having looked after SNOWTOWN and TRUE HISTORY OF THE KELLY GANG. I am thrilled that the relationship continues with NITRAM, I couldn’t think of a better home for the film.”

AMC+ is the company’s new premium streaming bundle featuring an extensive lineup of popular and critically acclaimed original programming from AMC, BBC America, IFC, and SundanceTV and full access to targeted streaming services Shudder, Sundance Now and IFC Films Unlimited, which feature content such as A Discovery of Witches, Creepshow, Riviera and Boyhood. The service features a continually refreshed library of commercial-free content, including fan favorites Mad Men, Rectify, Orphan Black, Portlandia, Hell on Wheels, NOS4A2 and series from The Walking Dead Universe, among many others. The service also offers a growing slate of original and exclusive series including Gangs of London, The North Water, The Beast Must Die, The Salisbury Poisonings, Cold Courage, Spy City, Too Close, and forthcoming drama Kin. AMC+ recently launched in Canada on Apple TV Channels and Amazon Prime Video Channels and is currently available in the U.S. through AMCPlus.com, the AMC+ app, and a number of digital and cable partners.