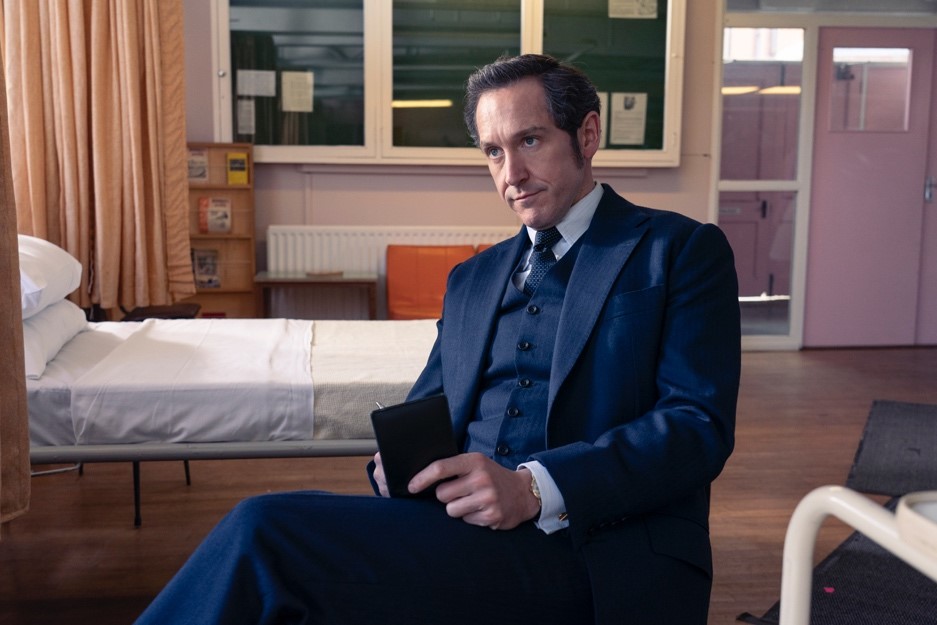 Akin to other distinguished detectives, like Holmes and Poirot, Adam Dalgliesh takes us through 1970’s England as he solves unusual murders ranging from a nursing student poisoned during a training demonstration, to a homeless man and recently resigned Tory MP whose throats were slashed in a London church to suspicious deaths at a mysterious home for the disabled. The lead writer is award-winning screenwriter and playwright Helen Edmundson (Mary Magdalene, An Inspector Calls, The Suspicions of Mr Whicher).

Episodes 101-102 of the Acorn TV Original mystery series Dalgliesh are now available to watch on Screeners.com.

Shroud for a Nightingale | Episode One (November 1): DCI Adam Dalgliesh is sent to a nursing school to investigate the death of Heather Pearce, a student poisoned during a demonstration. But as he uncovers the secrets that infect the school, can Dalgliesh identify the killer before they strike again?

Written and Created for TV by: Helen Edmundson

Shroud for a Nightingale | Episode Two (November 1): After the death of another student nurse at Nightingale House, Dalgliesh’s hunt for the murderer intensifies. A private patient who died at the on-site hospital might hold the answer, but Dalgliesh’s curiosity puts his own life in danger…

Written and Created for TV by: Helen Edmundson

The Black Tower | Episode One (November 8)

A Taste for Death | Episode One (November 15)

If you have any questions or would like to arrange cast or crew interviews, please contact those listed below. We appreciate your support and coverage of Dalgliesh.