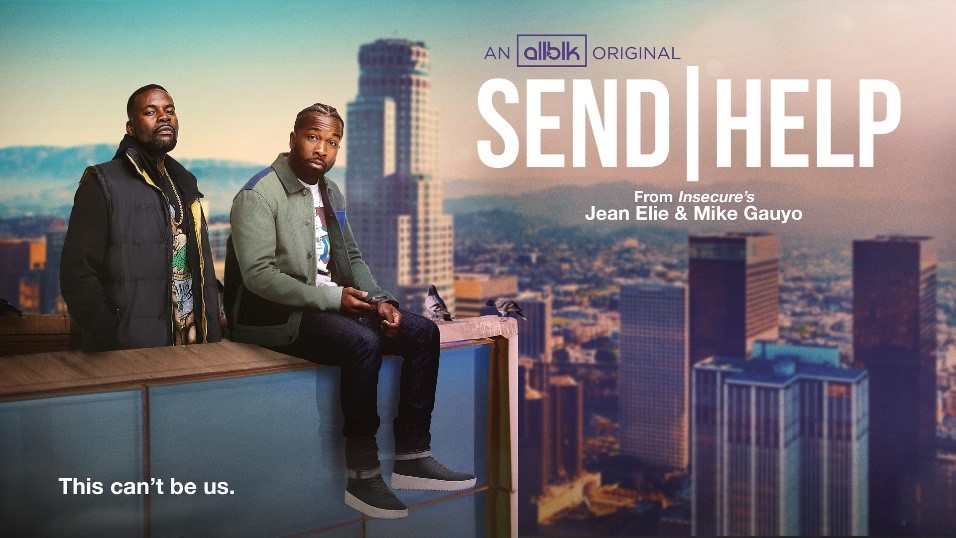 This half-hour dramedy follows Fritz Jean-Baptiste(Jean Elie), a first-generation Haitian American actor who is on top of the world, since landing a starring role on fictional hit TV show, This Can’t Be Us…all while being the sole support system for his incredibly demanding Haitian family, reeling from a recent tragedy. Fritz is firing on all cylinders, until he receives a fateful call delivering the news of his shows’ cancellation. As Fritz struggles to conquer his feelings of imposter syndrome, the Hollywood community, and high maintenance family, he leans on his closest friends and confidantes…Patrick Cantave (Catfish Jean, Survivor’s Remorse), Nicole Cooper(Courtney Taylor, Insecure) and Sebastian “Simp” Gauyo (Amin Joseph, Snowfall), whose presence serves as a guide for Fritz, helping him navigate the difficult and often comical scenarios in his life. Now unemployed, will Fritz be able to keep his family afloat, while struggling to overcome the challenges of, once again, “making it” in Hollywood?

“I am extremely excited to finally share this series with the world, as it’s been a labor of love for the last several years. As a first generation Haitian American, I was honored to bring this, first of its kind, Haitian American story to the big screen,” stated lead actor and co-creator Jean Elie. “I’m so grateful to the community of dedicated creators that are bringing Send Help to life. From the writer’s room, to the incredible cast, to everyone behind the scenes – we can’t wait to bring you along Fritz’s journey to figuring out how to get out of his own way.”

“The magic of telling diverse, nuanced, stories like Send Help is that it can be a very culturally specific show, while also touching on universal themes that everyone can relate to,” added writer and co-creator, Mike Gauyo. “Jean and I are extremely proud of the show and the team that came together to create it…can’t wait for folks to watch.”

ALLBLK is an invitation to a world of streaming entertainment that is inclusively, but unapologetically – Black. Featuring a diverse lineup of content that spans across genres and generations, the ALLBLK library includes exclusive original series such as A House Divided and Double Cross; must-see independent films, nostalgic Black cinema, popular WE tv originals, lively stage plays, and so much more. ALLBLK is available everywhere streaming services are found – iOS, Android, Amazon Prime Video Channels, Apple TV and Apple TV Channels, Roku and Roku Channels, Amazon Fire TV, YouTube TV, Cox, DISH, Sling TV, Charter and more. At www.ALLBLK.tv, ALLBLK offers a free 7-day trial and thereafter is just $5.99/month or $59.99/year. Keep up with ALLBLK on Facebook at Facebook.com/WatchALLBLK and Twitter/Instagram @WatchALLBLK.

Founded in 2019 by ‘Insecure’ alum Jean Elie, Bassett House Pictures (BHP) is an entertainment studio that aims to build a robust community of emerging content creators and provide a platform that will highlight meaningful storytelling focused on underrepresented groups. Bassett House Pictures provides micro to mid-level budget projects with professional development, production, and distribution services to support stories from and about marginalized cultures. By producing and distributing their own premium content, the studio serves as a steppingstone for filmmakers to create their own seat at the table. For more information, please visit:www.bassetthousepic.com