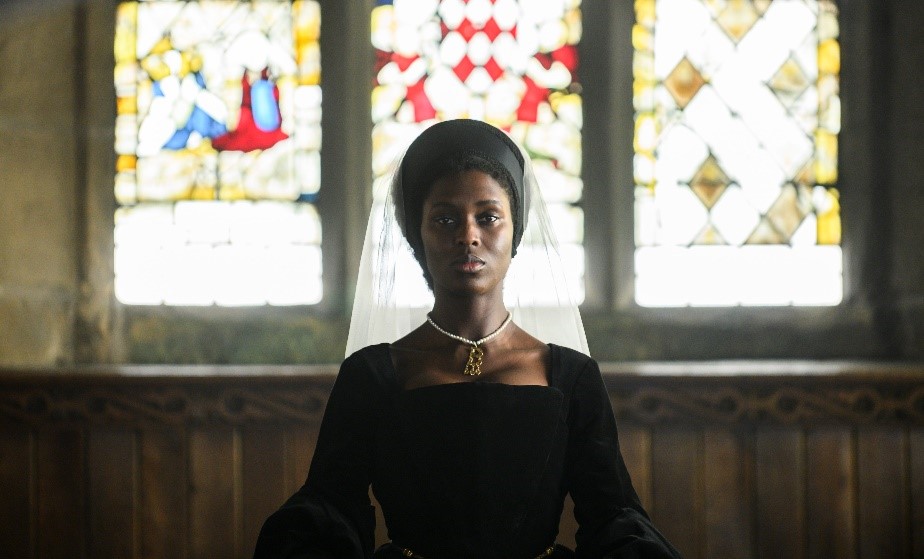 The drama explores the final months of Anne Boleyn’s life from the eponymous Queen’s perspective, as she struggles to secure a future for her daughter and to challenge the powerful patriarchy closing in around her. Anne Boleyn depicts the key moments that cause Anne to topple, unpicking her immense strength, her fatal vulnerabilities and her determination to be an equal among men.

“We are proud to add Anne Boleyn to our slate of AMC+ Original Series,” said Courtney Thomasma, general manager for AMC+. “Featuring a superb ensemble cast led by Jodie Turner-Smith‘s mesmerizing performance and a predominantly female creative team, this groundbreaking drama, told from the unique perspective of one of history’s most fascinating – and scrutinized – women, makes for a can’t-miss television event to end the year.”

Faye Ward and Hannah Farrell, Creative Directors, Fable Pictures, say: “We couldn’t be more thrilled to be working with AMC – the home of many visionary shows that have inspired us over the years. Jodie Turner-Smith is mesmerizing as Anne Boleyn and we can’t wait for audiences to see her exploding the myths around one of England’s most notorious queens.”

Newcomer Eve Hedderwick Turner has penned the three-part mini-series, which is directed by Lynsey Miller (Deadwater Fell, Doing Money, The Boy with the Topknot).

AMC+ is the company’s new premium streaming bundle featuring an extensive lineup of popular and critically acclaimed original programming from AMC, BBC America, IFC, and SundanceTV and full access to targeted streaming services Shudder, Sundance Now and IFC Films Unlimited, which feature content such as A Discovery of Witches, Creepshow, Riviera and Boyhood. The service features a continually refreshed library of commercial-free content, including fan favorites Mad Men, Rectify, Orphan Black, Portlandia, Hell on Wheels, NOS4A2 and series from The Walking Dead Universe, among many others. The service also offers a growing slate of original and exclusive series including Gangs of London, The North Water, The Beast Must Die, The Salisbury Poisonings, Cold Courage, Spy City, Too Close, and forthcoming drama Kin. AMC+ recently launched in Canada on Apple TV Channels and Amazon Prime Video Channels and is currently available in the U.S. through AMCPlus.com, the AMC+ app, and a number of digital and cable partners.