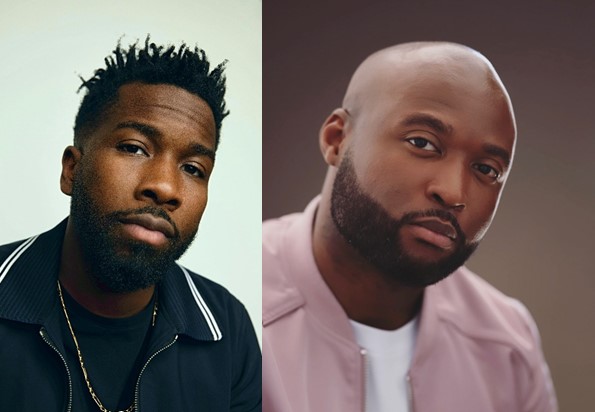 New York, NY (November 30, 2021) – Building off the euphoria of a successful final season, two members of Insecure have come together to deliver a new entertaining series for fans with the latest greenlight from AMC Networks streamer, ALLBLK. Created by actor, Jean Elie (Colin in Black & White) and writer, Mike Gauyo (Ginny & Georgia) – Send Help is a coming-of-age dark comedy series about a first-generation Haitian American young man struggling to overcome the challenges of “making it” in Hollywood, whilst coming to terms with a recent family tragedy.

A young man with dreams of stardom relocates from Brockton, MA to Los Angeles, CA in pursuit of a career as an actor, all while trying to be the new “man of the family,” and exploring what the LA dating scene has to offer. Throughout the series, Fritz fights to conquer his feelings of imposter syndrome, the Hollywood community, his incredibly demanding Haitian family and a looming family tragedy. Rather than address his shortcomings head on, he chooses to deny and avoid the issues that everyone else can see.

“Elevating the diversity of content available on ALLBLK has been top of mind for us as we prepare for the next year ahead,” says Brett Dismuke, General Manager of ALLBLK & WE tv. “Send Help will introduce a new perspective to our programming library that we anticipate will reach audiences across genders, age groups, and cultures – while also addressing emotional situations with comedic relief.”

Send Help creator and star, Jean Elie stated, “Send Help is a love letter to my family and others living with tragedy. It’s also a shoutout to first generation Americans daring to step into creative fields despite being discouraged by their immigrant families. I hope young people will see what’s possible when you step out of your own way and defy society’s limits.”

Co-creator, Mike Gauyo, added, “This is a series about Haitian people just existing. Not as caricatures or stereotypes, but as fully formed, normalized, human beings sharing the same space as everyone else, while sharing unique experiences that feel universal. I’m incredibly proud of this series and can’t wait to see it on air.”

Send Help’s 7-episode first season will be directed by Stewart Yost (Guardians of Justice). Matt Hoklotubbe, Michael J. McGarry and Francesca Smith will produce in association with Whistle Studios. General Manager, Brett Dismuke, and SVP of Development & Production, Nikki Love will serve as executive producers for ALLBLK. Production is set to begin early next year with the series slated for premiere in the fall.