Interim Chief Executive Officer Matt Blank said: “AMC Networks had solid first quarter performance, highlighted by 3% total company revenue growth and continued growth of our streaming portfolio to end the quarter with 9.5 million total subscribers. We continue to advance our differentiated strategy of offering streaming services that appeal to audiences with distinct affinities and passions, which is leading to strong consumer loyalty and low churn. 2022 is the biggest year of original programming in AMC Networks’ history and our content continues to break through, including the recent final season premiere of Better Call Saul, which drove record levels of subscriber acquisition for AMC+. With our content cost advantages, our ability to super serve audiences, and our clear path to profitability by virtue of our unique strategy, we are reaffirming our full year 2022 financial outlook and our target of achieving 20 million to 25 million streaming subscribers in 2025, as we continue to reconstitute our revenue mix and as we remain focused on profitability.” 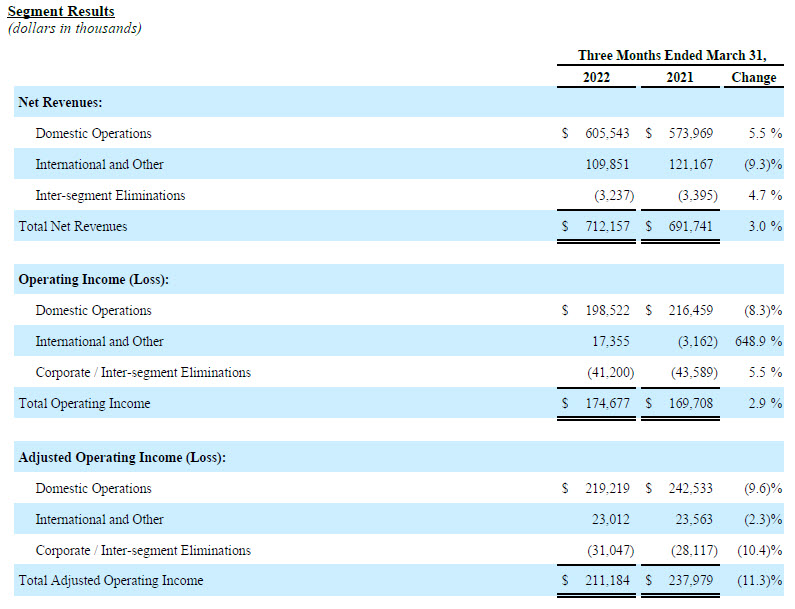 Please see the Company’s Form 10-Q for the period ended March 31, 2022, which will be filed later today, for further details regarding the above matters.

The Company defines Adjusted Operating Income (Loss), which is a non-GAAP financial measure, as operating income (loss) before share-based compensation expense or benefit, depreciation and amortization, impairment and other charges (including gains or losses on sales or dispositions of businesses), restructuring and other related charges, cloud computing amortization, and including the Company’s proportionate share of adjusted operating income (loss) from majority owned equity method investees. From time to time, we may exclude the impact of certain events, gains, losses or other charges (such as significant legal settlements) from AOI that affect our operating performance. Because it is based upon operating income (loss), Adjusted Operating Income (Loss) also excludes interest expense (including cash interest expense) and other non-operating income and expense items. The Company believes that the exclusion of share-based compensation expense or benefit allows investors to better track the performance of the various operating units of the business without regard to the effect of the settlement of an obligation that is not expected to be made in cash.

The Company defines Adjusted Earnings per Diluted Share (“Adjusted EPS”), which is a non-GAAP financial measure, as earnings per diluted share excluding the following items: amortization of acquisition-related intangible assets; impairment and other charges (including gains or losses on sales or dispositions of businesses); non-cash impairments of goodwill, intangible and fixed assets; restructuring and other related charges; and gains and losses related to the extinguishment of debt; as well as the impact of taxes on the aforementioned items. The Company believes the most comparable GAAP financial measure is earnings per diluted share. The Company believes that Adjusted EPS is one of several benchmarks used by analysts and investors who follow the industry for comparison of its performance with other companies in the industry, although the Company’s measure of Adjusted EPS may not be directly comparable to similar measures reported by other companies. For a reconciliation of earnings per diluted share to Adjusted EPS, please see page 9 of this release. 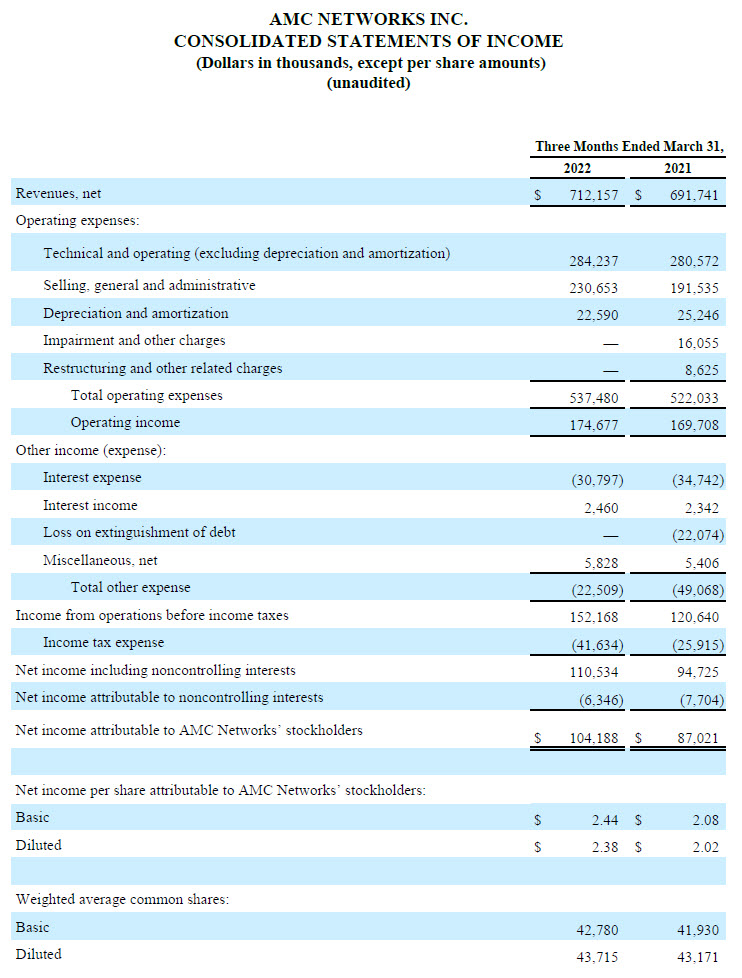 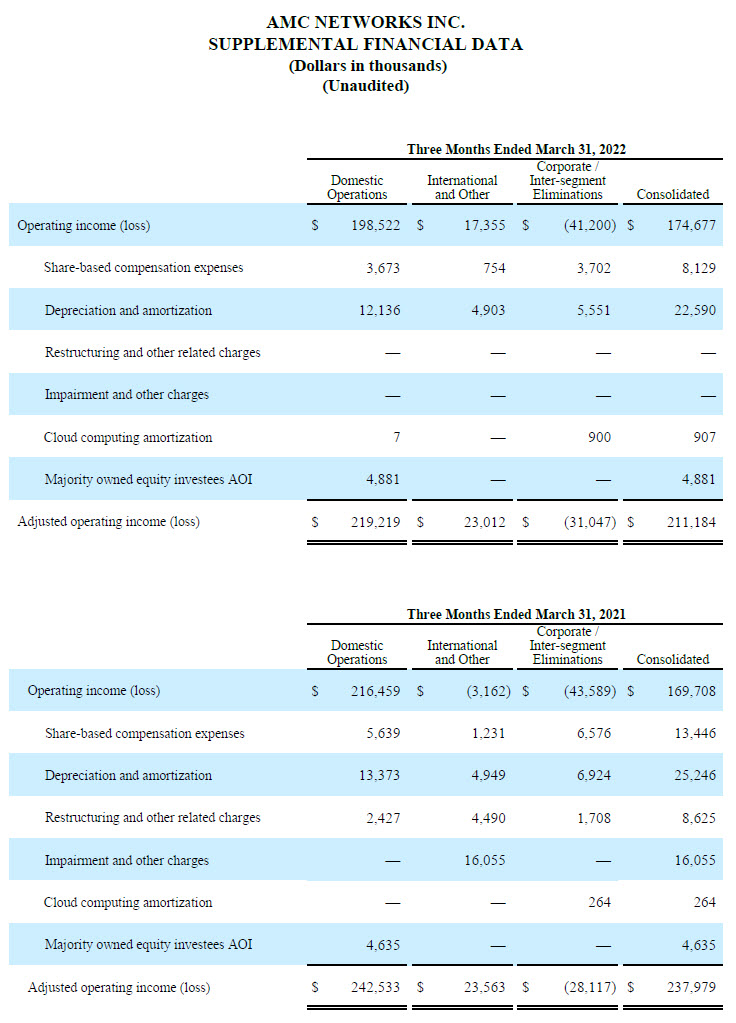 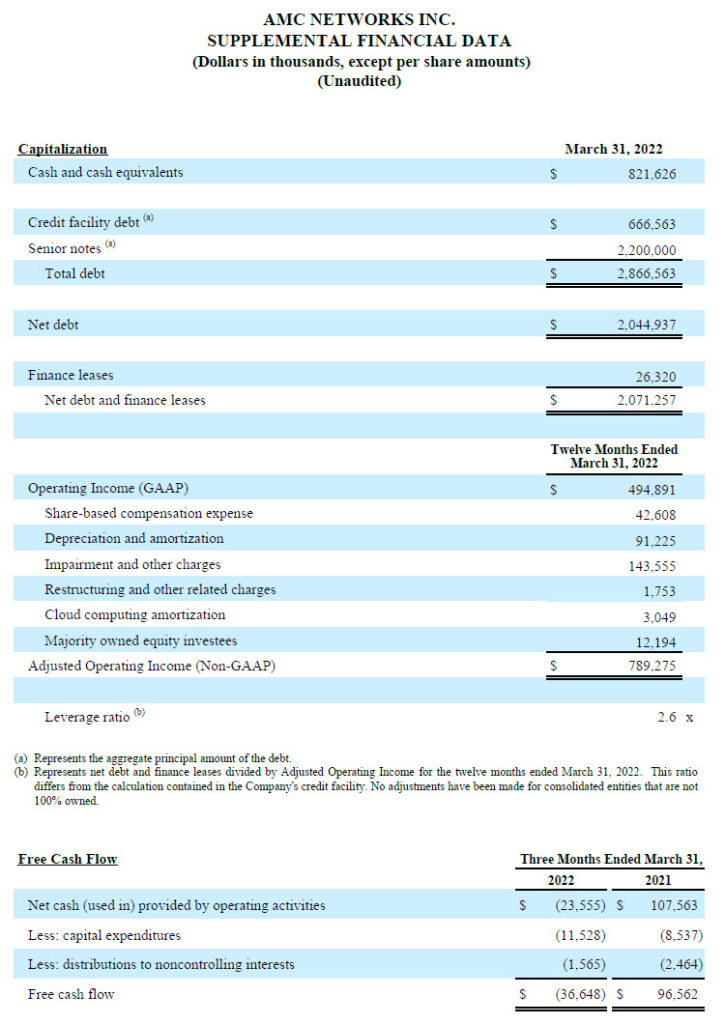 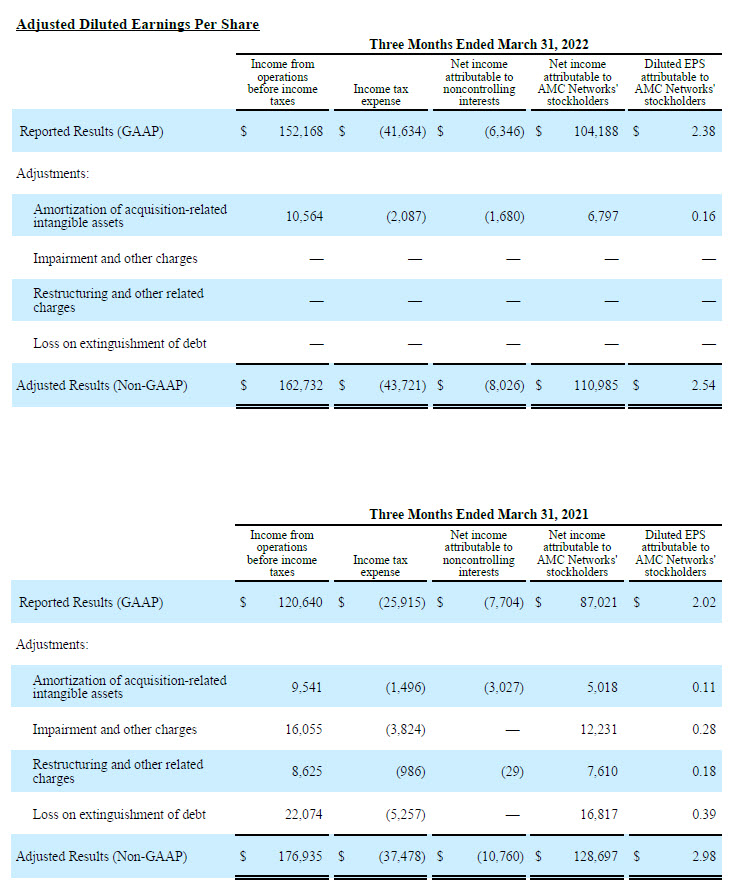