HOUSTON, TX — January 19, 2023 — HIDIVE is the streaming home of some of the best anime content in the world and today, three of its top ranked and most popular exclusive series, Made in Abyss: The Golden City of the Scorching Sun, Call of the Night and Ya Boy Kongming!, were honored with 14 nominations across a dozen categories for the 2023 Crunchyroll Anime Awards, including “Best New Series” and “Best Continuing Series.” Crunchyroll’s nominations announcement officially marks the start of online fan voting, from January 19 thru January 25, allowing fans to cast their votes daily at crunchyroll.com/animeawards/vote.

“We’re incredibly honored to receive 14 nominations for the 2023 Crunchyroll Anime Awards, including top categories ‘Best New Series’ and ‘Best Continuing Series’,” said John Ledford, President of HIDIVE. “These awards recognize the very best in anime each year and the three HIDIVE series – Made in Abyss: The Golden City of the Scorching Sun, Call of the Night and Ya Boy Kongming! – are truly worthy contenders. I encourage fans to cast their votes today and every day for all three during the week-long online voting period!”

Since 2017, the annual Crunchyroll Anime Awards honor the finest anime series and films from around the world. HIDIVE series have won numerous awards in the past, including current nominee MADE IN ABYSS which won both Best Score and top prize Anime of the Year in 2018 for its first season. This year’s Grand Winners will be revealed on March 4 during an awards ceremony at the Grand Prince Hotel New Takanawa in Tokyo Japan, which will be simulcast live online globally for fans.

A complete list of HIDIVE’s nominated series and their respective categories follows below.

Made in Abyss: The Golden City of the Scorching Sun

Six nominations in the following categories: 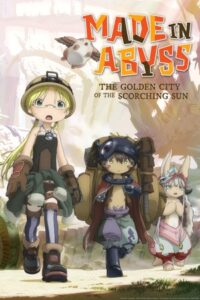 Call of the Night

Three nominations in the following categories: 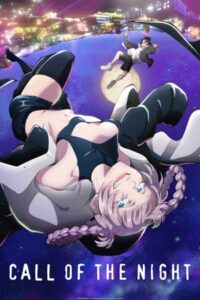 Five nominations in the following categories: 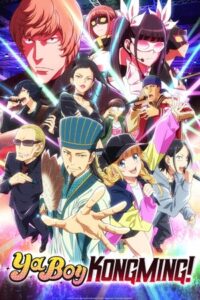 HIDIVE, the newest addition to AMC Network’s portfolio of targeted streaming services, offers the best in anime and live-action entertainment to both die-hard otaku and burgeoning fans of Japanese pop-culture. In addition to its extensive library of movies and episodic series, each season HIDIVE brings a new selection of the latest titles from Japan in both simulcast and exclusive DUBCAST™ editions – all of which can be viewed on a wide array of platforms including web browsers, smartphones, TVs, streaming devices, and gaming consoles. For more information on HIDIVE or to sign-up for a free 7-day trial, visit www.hidive.com.