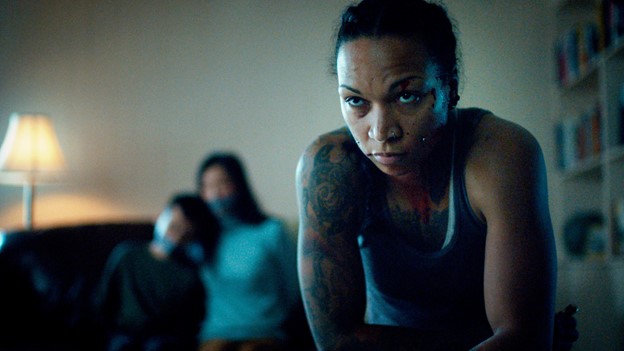 NEW YORK, NY (August 4, 2021) – IFC Films announced today that they are acquiring U.S. rights to CATCH THE FAIR ONE from director Josef Kubota Wladyka (MANOS SUCIAS, NARCOS), starring real-life professional boxer, Kali “K.O.” Reis, in a raw breakout performance. Reis is the first Indigenous fighter to win the International Boxing Association middleweight crown and is currently the WBA Super lightweight champion. CATCH THE FAIR ONE world premiered at the 2021 Tribeca Film Festival and is the second feature from Josef Kubota Wladyka, who previously won Tribeca’s “Best New Narrative Director” for his first feature. The film scored strong critical notices at Tribeca 2021 and went on to win the Audience Award and a Special Jury mention for Reis’ performance.

A propulsive, edge-of-your-seat thriller, CATCH THE FAIR ONE follows Kaylee “K.O.” Uppashaw (Kali Reis), an Indigenous former boxer, when she discovers that her missing sister is possibly alive and circulating in a trafficking network. She plugs herself into this dark and dangerous world to find her. Kaylee’s strength and determination are tested as she fights the real fight of her life—to find her sister and make her family whole again. A positive review from The Playlist’s Robert Daniels says, “CATCH THE FAIR ONE, a textured story of how festering loss leads to unblinking resolution for justice, wins in a knockout.”

Arianna Bocco, President of IFC Films said, “CATCH THE FAIR ONE plays like a beautifully-crafted thriller while shining much needed light on a sadly prevalent issue in North America – the trafficking of Indigenous women – and we were absolutely floored by Josef Kubota Wladyka’s handling of such emotional subject matter. We’re so glad we have the opportunity to usher in a new talent to the IFC family with Wladyka and the raw and brutally powerful performance from newcomer Kali Reis and to continue working with this amazing producing team.”

Director Joseph Kubota Wladyka added, “All these years living in NYC and walking down 6th Avenue, I’ve dreamt of having a film up on the marquee at the IFC Center. I am so excited to be working with IFC Films for the distribution of CATCH THE FAIR ONE. I’ve always admired the bold and unique films they’ve put out into the world, and we can’t wait for people to see the film.”

The deal was negotiated by IFC Films’ President Arianna Bocco and Director of Acquisitions Aijah Keith with Andrew Herwitz, President of The Film Sales Company, on behalf of the filmmakers.