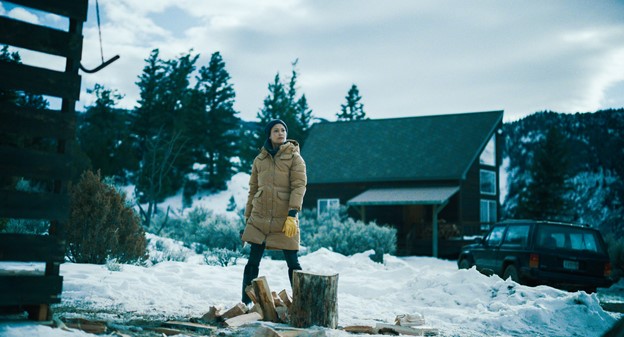 GOD’S COUNTRY is a character-driven thriller set in the snowy wilderness of the American West. Thandiwe Newton plays Sandra Guidry, a Black professor living and working in a rural college town. She discovers a mysterious red truck parked in her driveway and soon learns it belongs to a pair of local hunters seeking to enter the forest behind her house. Sandra turns them away politely but firmly – her experience tells her these are not the sort of men to welcome freely into her world. But they won’t take no for an answer, and soon Sandra finds herself drawn into an escalating battle of wills that puts her most deeply held values to the test.

Thandiwe Newton’s performance has been hailed by The Hollywood Reporter as ‘arresting’ and Ronda Penrice of The Wrap says, “Thandiwe Newton shines…the weight of this film is on [her] shoulders. And, as always, she delivers.” Brian Tallerico of Roger Ebert further declares GOD’S COUNTRY as, “one of this Sundance’s best films.”

Arianna Bocco, President of IFC Films said, “Thandiwe Newton delivers one of the most beautifully complex and realistic portraits of a modern-day woman dealing with grief and isolation within the confines of a traditional western turned on its head. Julian Higgins has impressively directed a taut thriller that will surely keep audiences on the edge of their seats.”

Director Julian Higgins added, “IFC Films has established a deep commitment to independent filmmakers and a passion for movies that engage and challenge audiences. GOD’S COUNTRY has been a yearslong labor of love for our entire team, and I am truly thrilled we’ve found the perfect home.”

Higgins is a Los Angeles-based director, writer, and producer.  His short films have screened around the globe and won dozens of prizes, including the gold medal Student Academy Award, two Student Emmy Awards, and the grand prize of Ron Howard’s “Project Imagination” Contest. His most recent short, WINTER LIGHT, was a top ten finalist for the Oscar. A New Hampshire native, Julian holds a BFA in Film from Emerson College and an MFA in Directing from the American Film Institute. He currently teaches directing at both institutions.

The deal was negotiated by Scott Shooman, SVP of Acquisitions and Productions for IFC Films and Jessica Lacy of ICM Partners on behalf of the filmmakers.