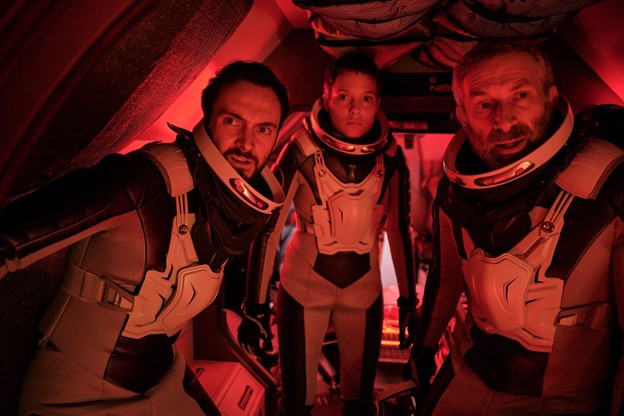 Disaster strikes on earth. In RUBIKON, the crew of a space station, Hannah (Julia Franz Richter), Gavin (George Blagden) and Dimitri (Mark Ivanir) must decide whether they risk their lives to get back home during a global catastrophe and search for survivors or stay safe in the sophisticated station’s algae symbiosis system, which makes them fully self-reliant. RUBIKON questions whether we have the right to seal ourselves off in safety and ignorance from the ongoing problems of the world, as three people with three very different worldviews collide in this pressure-cooker environment millions of miles away.

Arianna Bocco, President of IFC Films, said, “Magdalena Lauritsch’s wildly entertaining science-fiction debut presents a vivid tale of survival that places the audience at the center of a universal moral dilemma. We are thrilled to partner with the stellar team behind RUBIKON to bring this totally immersive deep-space experience to audiences across North America.”

Loredana Rehekampff, producer and CEO of Samsara Film, added “We are very proud to have found an amazing partner for RUBIKON in IFC Midnight and are excited to present the movie to an American audience in the best possible way. RUBIKON is an ambitious Austrian genre film, which we produced for the international market. Having IFC Midnight on board from the start in this journey is an important and joyful milestone for the whole team.”

Antonio Exacoustos, Head of Sales & Productions of The Playmaker Munich, states “Loredana & Andreas from Samsara Film managed to pull off the impossible by producing a visually stunning sci-fi disaster movie out of Austria.” Moritz Hemminger, Deputy Head of Sales Acquisitions of The Playmaker Munich, adds, “The international interest in RUBIKON is overwhelming, and we look forward to collaborating with the prestigious and determined IFC Midnight team on the distribution of RUBIKON in North America.”

Established in 2000 and based in New York City, IFC Films is a leading U.S. distributor of independent film. Its unique distribution model makes independent films available to a national audience by releasing them in theaters as well as on digital and cable’s Video On Demand (VOD) platform, reaching nearly 50 million homes.

ABOUT THE PLAYMAKER MUNICH

Next to highlight “Rubikon” sales outfit The Playmaker Munich will launch several new films as a market premiere at EFM including the world premiere “Axiom” by Jöns Jönsson, which is as part of the Encounters competition at this year’s Berlinale edition, market premiere of family western “Young Winnetou & The Lost Buffalos” and a teaser of brand new and upcoming contained space dark comedy “Holy Shit!”.