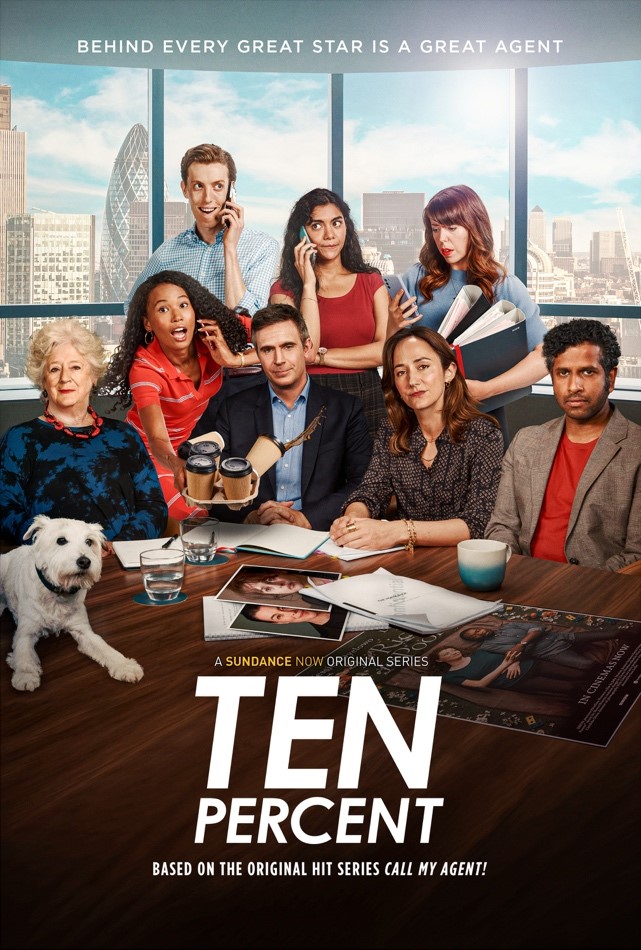 The Sundance Now Original Series, based on the original hit French series Call My Agent!, follows the small London talent agency of Nightingale Hart as it struggles to adapt in an ever-changing industry. After tragedy strikes the company, the personal and professional lives of the agents and assistants are thrown into turmoil. But duty calls – their celebrity clients are in constant need of help from their agents, with issues ranging from marital problems to over-commitment to lingering method acting to stage fright. As the Nightingale Hart agents deal with the incessant demands of their jobs, they’ll also find themselves dealing with more off-screen drama than they ever expected.

**REVIEWS ARE EMBARGOED UNTIL MONDAY, APRIL 25 **

As always, we ask that you do not:

Sundance Now can be enjoyed for $6.99/month or $4.99/month with an annual membership. No cable subscription is needed. Facebook: @SundanceNow – Twitter: @sundance_now

AMC+ is the company’s new premium streaming bundle featuring an extensive lineup of popular and critically acclaimed original programming from AMC, BBC America, IFC, and SundanceTV and full access to targeted streaming services Shudder, Sundance Now and IFC Films Unlimited, which feature content such as A Discovery of Witches, Creepshow, and Boyhood. The service features a continually refreshed library of commercial-free content, including fan favorites Mad Men, Halt & Catch Fire, Turn: Washington’s Spies, Hell on Wheels, NOS4A2, Orphan Black, Rectify, Portlandia, and series from The Walking Dead Universe, among many others. The service also offers a growing slate of original and exclusive series including Gangs of London, Kin, The North Water, Ragdoll, The Beast Must Die, Too Close, The Salisbury Poisonings, Cold Courage, Spy City, Ultra City Smiths, Anna, Anne Boleyn, Firebite, La Fortuna, That Dirty Black Bag and upcoming The Ipcress File. AMC+ recently launched in Canada and Australia, and is available in the U.S. through AMCPlus.com, the AMC+ app, and a number of digital and cable partners.

If you have any questions or would like to arrange cast or crew interviews, please contact those listed below. We appreciate your support and coverage of Ten Percent.