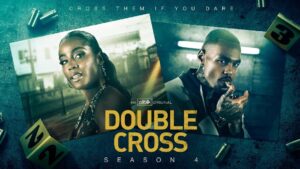 The events of last season have left the Cross siblings in a crisis! Erica (Ashley A. Williams) found out the awful truth about the man she loves, Robin (Judi Johnson) is facing the reality of life behind bars and Eric’s (Jeff Logan) life lies in the balance. It seems all is lost, but the Cross siblings never give up.

This Season, the pressure is on…Erica must act quickly to keep the siblings intact, as they continue their quest to eradicate child trafficking…but this time starting at the top. However aiming high raises the stakes, making their mission more challenging than ever. And no good deed goes unpunished, as Nurse Brian (Faith Malonte) and Tiffany (Cameo Sherrell) continue with their mindless self-destructing antics and playing with fire…also known as the Cross family. Meanwhile, Detective Ryan (Darrin Dewitt Henson) is laser focused and finally closing in on who was responsible for the human auction…but at what cost?