Interim Chief Executive Officer Matt Blank said: “AMC Networks is in a very strong position, underscored by its third quarter revenue and AOI growth of 24% and 21%, respectively. In anticipation of having a strong finish to the year, we are increasing our full year financial guidance for total company revenue and AOI. We continue to see subscriber acquisition momentum and high engagement across our targeted streaming portfolio of AMC+, Acorn TV, Shudder, Sundance Now and ALLBLK, and are on track to deliver our year-end streaming target to achieve 9 million paid subscribers. We are building a streaming business that is sustainable and will be profitable over the long term, and with our owned IP, our library of high-quality content, and our strong legacy channels business, we have the right assets to drive growth and increase shareholder value.” 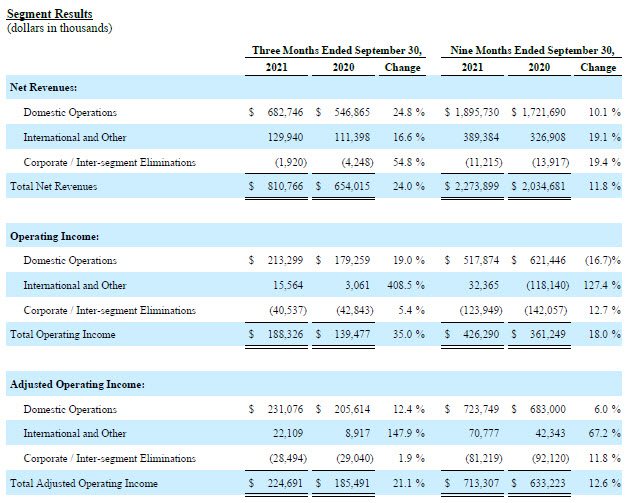 Please see the Company’s Form 10-Q for the period ended September 30, 2021 for further details regarding the above matters.

The Company defines Adjusted Operating Income (Loss), which is a non-GAAP financial measure, as operating income (loss) before depreciation and amortization, cloud computing amortization, share-based compensation expense or benefit, impairment and other charges (including gains or losses on sales or dispositions of businesses), restructuring and other related charges, and including the Company’s proportionate share of adjusted operating income (loss) from majority owned equity method investees. From time to time, we may exclude the impact of certain events, gains, losses or other charges (such as significant legal settlements) from AOI that affect our operating performance. Because it is based upon operating income (loss), Adjusted Operating Income (Loss) also excludes interest expense (including cash interest expense) and other non-operating income and expense items. The Company believes that the exclusion of share-based compensation expense or benefit allows investors to better track the performance of the various operating units of the business without regard to the effect of the settlement of an obligation that is not expected to be made in cash.

AMC Networks is a global entertainment company known for its popular and critically-acclaimed content. Its portfolio of brands includes AMC, BBC AMERICA (operated through a joint venture with BBC Studios), IFC, SundanceTV, WE tv, IFC Films, and a number of fast-growing streaming services, including the AMC+ premium streaming bundle, Acorn TV, Shudder, Sundance Now and ALLBLK. AMC Studios, the Company’s in-house studio, production and distribution operation, is behind award-winning owned series and franchises, including The Walking Dead, the highest-rated series in cable history. The Company also operates AMC Networks International, its international programming business, and 25/7 Media, its production services business. 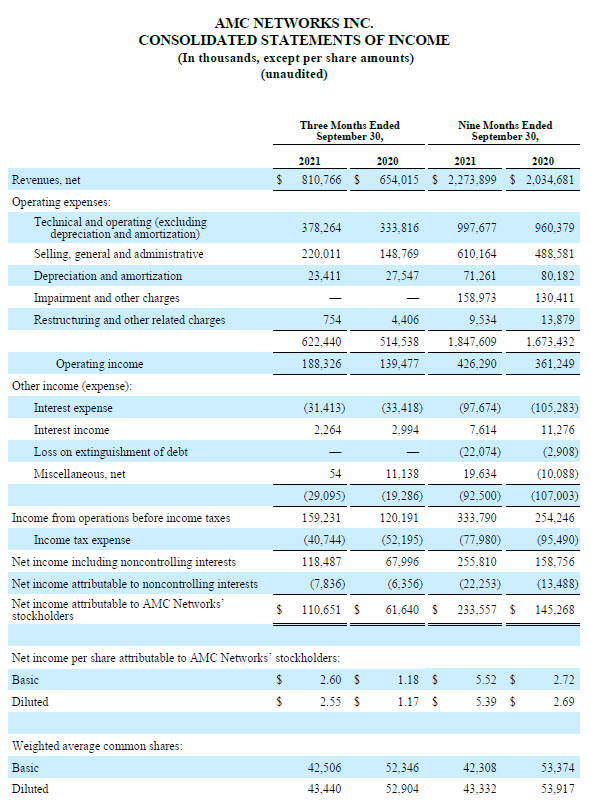 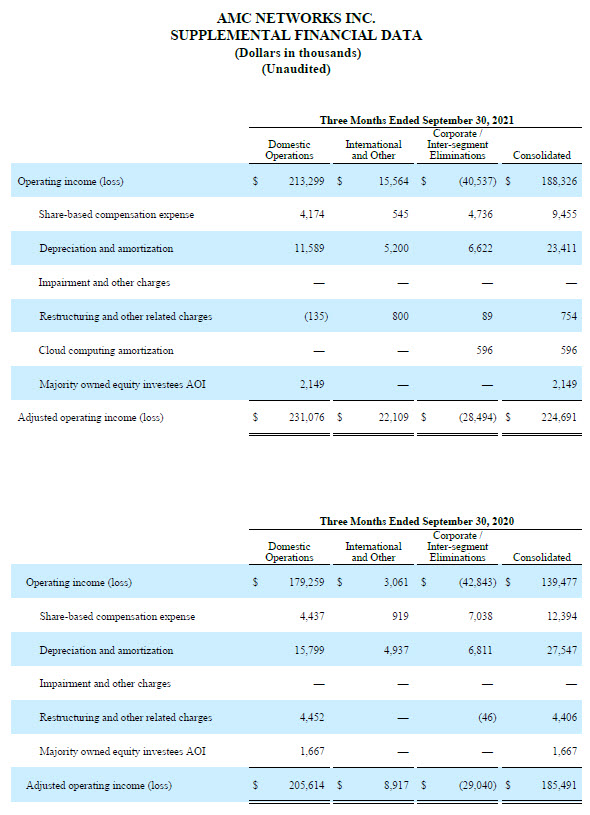 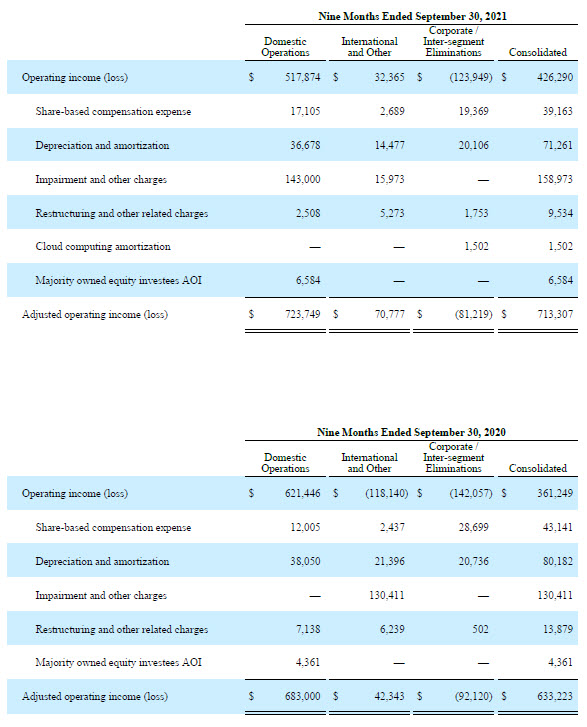 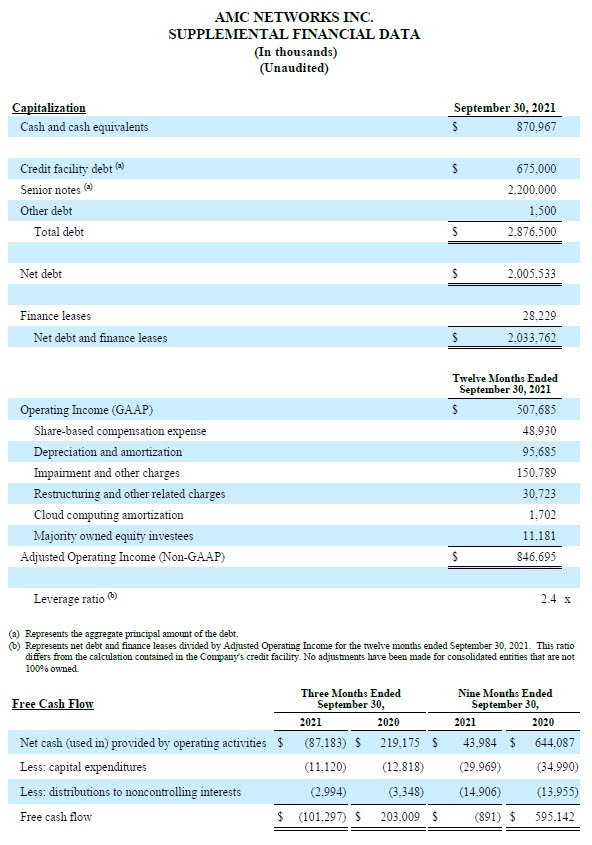 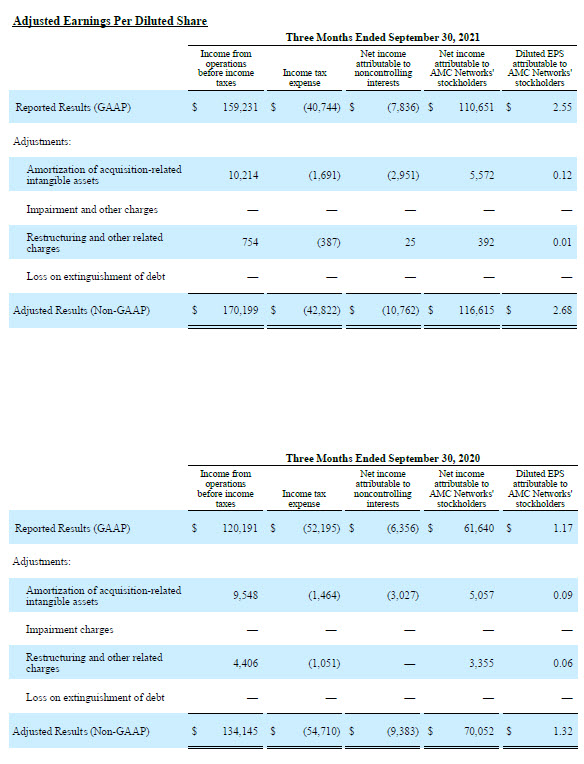 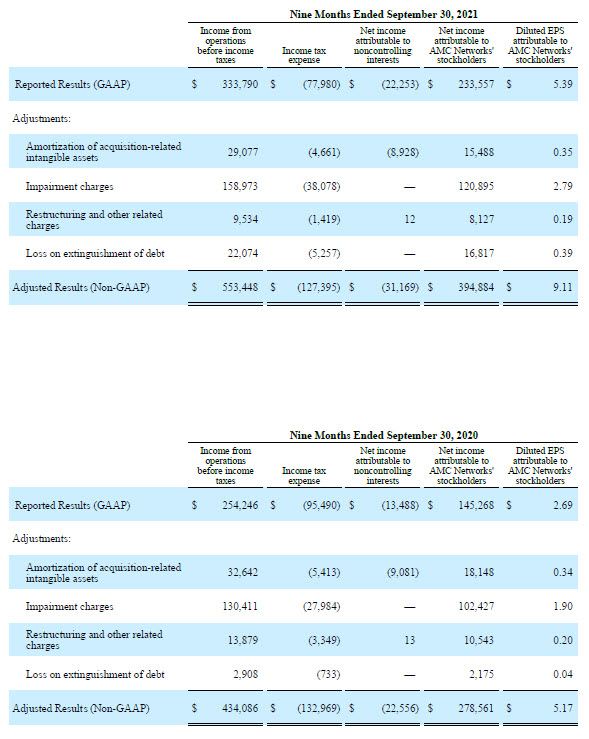