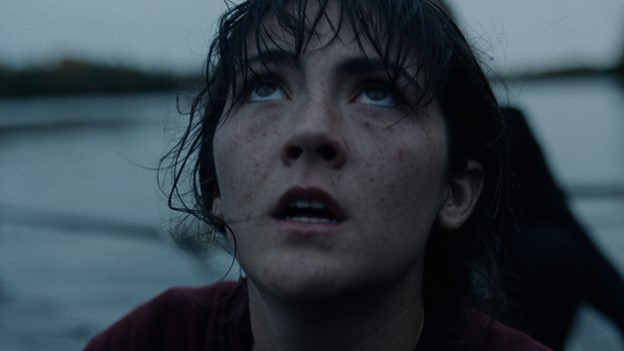 In THE NOVICE, queer college freshman Alex Dall (Fuhrman) joins her university’s rowing team and undertakes an obsessive physical and psychological journey to make it to the top varsity boat. Hadaway’s bold debut feature is based on personal experience as a competitive collegiate rower, and has been hailed as unapologetic and raw, posing provocative questions about the expectations imposed on young women in America and the psychologically damaging effects of a culture that encourages the pursuit of being ‘the best’ no matter the cost.

Arianna Bocco, President of IFC Films said, “We’re thrilled to introduce Lauren Hadaway to U.S. audiences with her stunning and personal debut feature THE NOVICE. Isabelle Fuhrman’s knockout performance will speak to audiences who are perfectly primed for this devastating yet all too familiar story of striving for greatness.”

Director Hadaway added, “I have visceral memories of being a 16-year-old wannabe filmmaker in small town Texas and watching IFC – it was my only way to see independent films that I couldn’t find at the local video store or movie theater. 15 years later, I’m proud to say that my first film is a part of the IFC family.”

The deal for the film was negotiated by IFC Films’ President Arianna Bocco and Director of Acquisitions Aijah Keith with CAA Media Finance and XYZ Films on behalf of the filmmakers.

Hadaway is represented by CAA and Bellevue Productions.