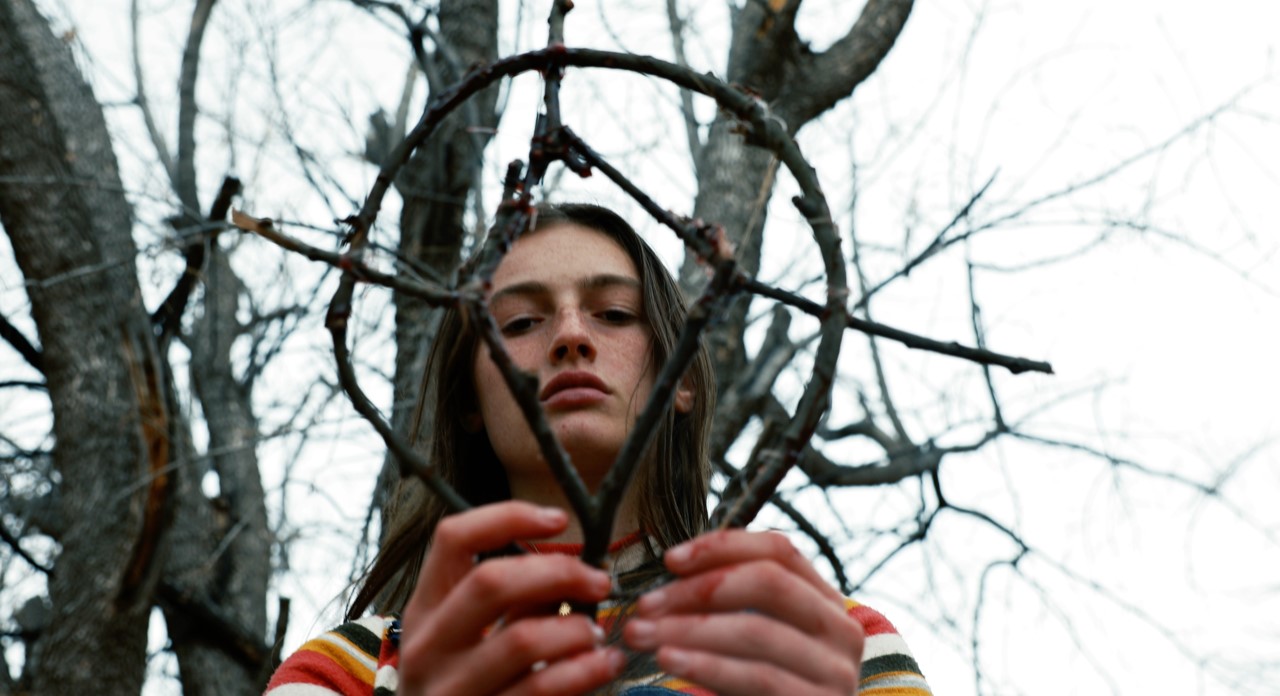 NEW YORK – August 5, 2021 – Shudder, AMC Networks’ premium streaming service for horror, thriller and the supernatural, has acquired the occult horror feature Hellbender ahead of its world premiere at Fantasia International Film Festival. Shudder will release the film, which is written and directed by Toby Poser, John Adams and Zelda Adams, in North America, the United Kingdom, Ireland, Australia and New Zealand in early 2022.

Said Craig Engler, general manager of Shudder, “We are thrilled to bring this family-focused folk nightmare to Shudder with such a talented actual family in front of and behind the camera. With Hellbender, Wonder Wheel Productions has made their most polished feature yet, and we know our audience will delight in the film’s shocking visuals and scares.”

“Teaming up with Shudder was at the top of our bloody bucket list. They’re the pinnacle of beautiful horror, and to be a part of that is beyond thrilling for our family,” added Toby Poser, Zelda Adams and John Adams.

“Hellbender is an absolute stunner. I am obsessed with every frame and couldn’t be more excited to partner with Shudder for the release of such an ambitious and unique movie,” said Justin Timms at Yellow Veil Pictures.

The acquisition deal was negotiated by Emily Gotto and Samuel Zimmerman on behalf of Shudder and Hugues Barbier, Justin Timms, and Joe Yanick of Yellow Veil Pictures on behalf of the filmmakers.

In Hellbender, 16-year-old Izzy (Zelda Adams) suffers from a rare illness that has kept her isolated on a mountaintop with her mother (Toby Poser) her whole life.  As Izzy begins to question her sickness, she pushes back against her confinement and secretly befriends Amber (Lulu Adams), another girl living on the mountain, but her newfound happiness is derailed after she eats a live worm as part of a juvenile game and finds an insatiable and violent hunger awakened within her. To understand the hunger, Izzy must learn the dark secrets of her family’s past and the ancient power in her bloodline.

Hellbender is the sixth feature from Wonder Wheel Productions, the family-run production company founded by Poser and Adams and their children, Zelda and Lulu. The family also produced the music for the feature with tracks from their experimental punk band H6LLB6ND6R. In 2019 the Adams family first screened at Fantasia with their award-winning The Deeper You Dig.

Hellbender will world premiere virtually August 14 as part of the 25th Fantasia International Film Festival, which kicks off August 5 as a hybrid event with in-person screenings in Montreal, Quebec and the virtual slate geo-locked to Canada. The film is part of the festival’s esteemed Cheval Noir competition.

Launching out of the 2018 Frontières Market at the Fantasia International Film Festival, with Tilman Singer’s debut LUZ. Yellow Veil have since worked on debuts from Josh Lobo (I TRAPPED THE DEVIL), A.T. White (STARFISH), Matthew Pope (BLOOD ON HER NAME), Jack Henry Robbins (VHYES), as well as boarding films by Larry Fessenden (DEPRAVED), Rob Grant (HARPOON), Joel Potrykus (RELAXER), George Romero (THE AMUSEMENT PARK) and Philip Gelatt & Morgan Galen King (THE SPINE OF NIGHT). The distribution arm of the company will handle the North American release of Frida Kempff’s (KNOCKING) as well as the third film by Mattie Do (THE LONG WALK). In addition, Yellow Veil Pictures acts as the festival agent for Shudder’s LA LLORONA, BLOOD QUANTUM, HORROR NOIRE, HOST, and THE RANGER.