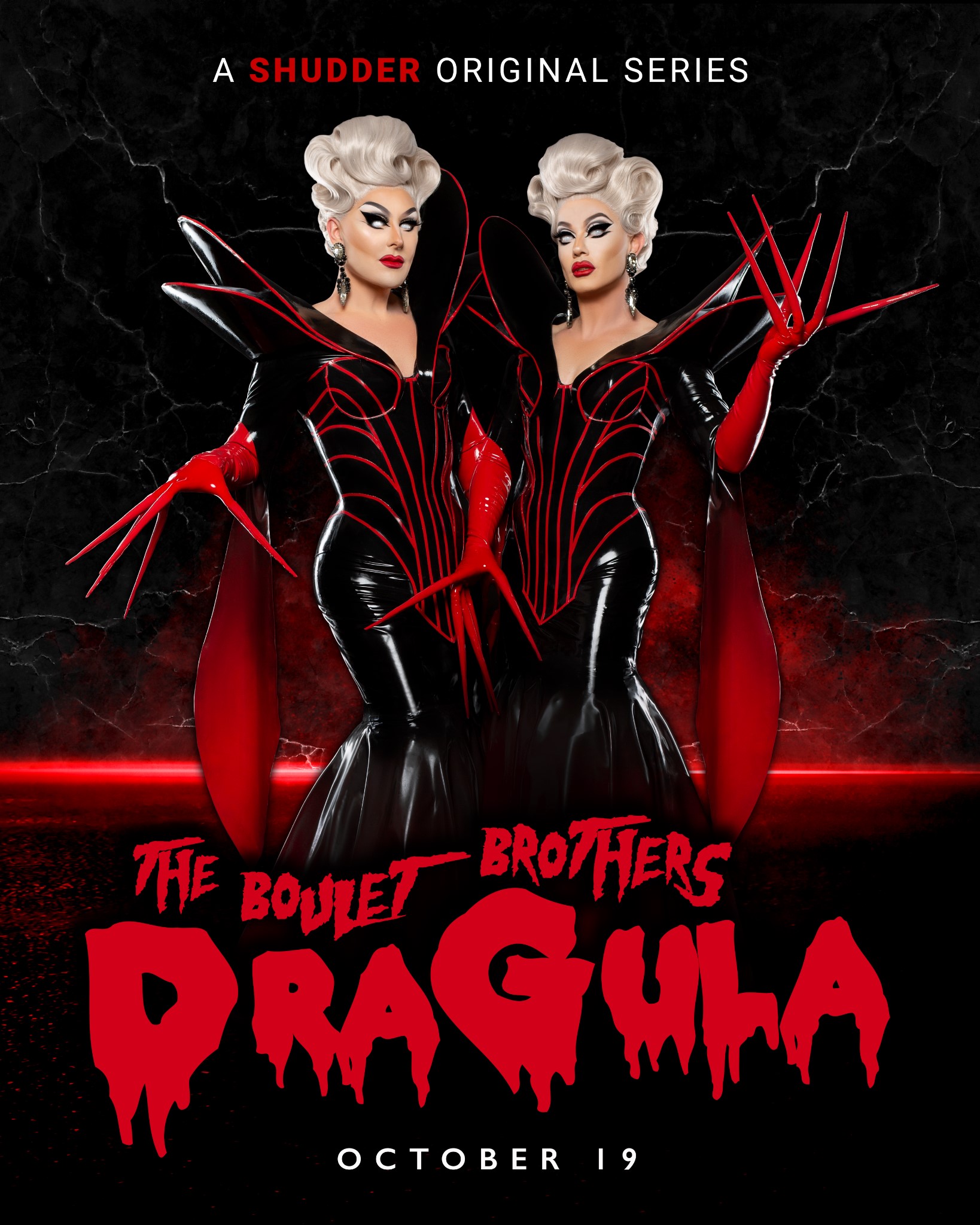 Shudder, AMC Networks’ premium streaming service for horror, thrillers and the supernatural, revealed today the premiere date and key art for season four of the hit drag competition series THE BOULET BROTHERS’ DRAGULA. Premiering exclusively on the horror streaming service on Tuesday, October 19, with new episodes to follow every Tuesday, this marks the first time the series will be released at the same time in all English-speaking territories.

“This is absolutely the best season of the show that we’ve ever produced. It’s shocking, it’s packed with stars, and it’s an intense, unpredictable ride that’s going to be a game changer for televised drag,” said the Boulet Brothers. “We can’t wait for the world to see what we’ve been up to – we have such sights to show you!”

“We can’t wait for Shudder members to see the new season of this ground-breaking series which is bigger and bolder than ever- the diverse cast, the judges, the drag art, the horror, the competitions and everything in between,” said Craig Engler, Shudder’s General Manager. “We are delighted to be working with the talented Boulet Brothers on this series which will be premiering during our biggest and the spookiest month of the year.”

Dubbed one of “the 19 best LGBTQ+ shows everyone needs to watch” by Cosmopolitan, The Boulet Brothers’ Dragula is
written and produced by the Boulet Brothers with Executive Producer David Sigurani and director Nathan Noyes.”