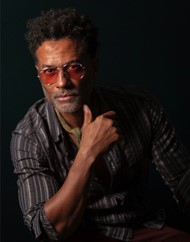 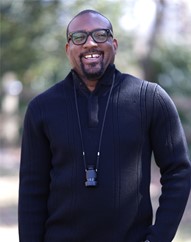 New York, NY – February 10, 2022 – ALLBLK, AMC Networks’ popular streaming service for Black TV and film, today announced that a thrilling new anthology series will soon join its rapidly evolving programming lineup. In the vein of Black Mirror and The Twilight Zone, Snap is a psychological thriller that intends to deal with difficult social and ethical topics, head on, through a unique method of storytelling that disrupts conventional opinions. Co-created by Grammy-nominated singer, Eric Benet, and writer and director, Devin Hampton, the anthology series will follow a perfectly imperfect God named “A.O.” who serves as the “moral compass” for the protagonist of each episode. When A.O. comes across a protagonist facing an unexpected scenario, he/she/they challenge(s) them to see themselves from the outside looking in…which in a “snap” will change the beliefs they’ve held onto for most of their lives.

“A truly original series that we haven’t really seen before is a perfect addition to our programming slate as we continue to expand and diversify our content offering at ALLBLK, said Brett Dismuke, General Manager of ALLBLK & WE tv. “The psychological thriller is a genre we’ve found to be very popular with our subscribers, and Snap brings a new spin to the genre we believe will spark important conversations about issues we often hear of or come across in everyday life. How would we handle these issues if we could see them from a different point of view? That is the question Snap will seek to answer for our viewers.”

Co-creators Benet and Hampton added, “We are excited to bring Snap to the ALLBLK platform! This project has been a labor of love from us and our production team. We believe this series will touch millions as it pertains to current subject matters that we hope will create a dialogue of change. We are grateful to Brett Dismuke and his team for trusting our vision and creativity.”